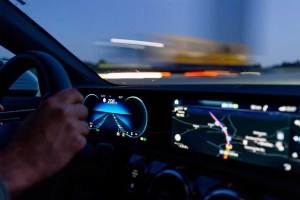 The offence of dangerous operation of a vehicle ("Dangerous Driving") is one of the most serious traffic-related offences in Queensland law. The offence itself is not found in the traffic legislation but is a criminal offence, created by the Criminal Code 1899 (Qld). As such, convictions for this offence are recorded on criminal histories, not on traffic histories.

The purpose of this guide is to provide you with an overview of the offence (including what the prosecution must prove in order to establish the charge) and discuss some defences which may be available to you should you find yourself being charged with this offence.

Who Can be Charged with this Offence?

A person who operates, or in any way interferes with the operation of, a vehicle dangerously in any place commits a misdemeanour.

To be found guilty of this offence, you must have done all of the following:

The last requirement that it occur “at any place” means that you may be guilty of this offence, even if you are not driving on a public road at the time. Thus, you may commit this offence, even if you are driving on private property, or off-roading. The only exception to this broad meaning of “place” is anywhere that is licenced or authorised to race vehicles or conduct speed trials (eg, speedways and similar locations). These facilities are specifically excluded by the legislation.

Also worth noting is that this offence is that it may be committed if you either “operate” a vehicle dangerously or “interfere with the operation of” said vehicle. The word “operate” refers to the driver of the vehicle. However, the latter phrase casts a much broader net and does not require you to be the driver of the vehicle to be guilty of this offence. For example, a passenger who pulls on the vehicle’s handbrake or knocks it out of gear while the vehicle is moving could be found guilty of dangerously “interfering with the operation of” that vehicle.

What is “Dangerous” Operation of a Vehicle?

The legislation provides some guidelines to determining when a vehicle is operated (or interfered with) dangerously as follows:

“operates, or in any way interferes with the operation of, a vehicle dangerously” means … at a speed or in a way that is dangerous to the public, having regard to all the circumstances, including –

The “public” include any passengers that are in the car at the time of the alleged dangerous driving.

Furthermore, this definition does not require any proof of “intent” or “deliberateness” on the part of the driver. This is because the standard by which your driving is judged as dangerous is an objective one. It is immaterial whether you thought your driving was dangerous or not. In other words, it is for a magistrate or jury to decide whether was dangerous to the public in all the circumstances. It does not matter whether you were deliberately reckless, careless, momentarily inattentive, or doing your “incompetent best”.

However, your intentions and the deliberateness (or otherwise) of your actions may be relevant to deciding whether your driving was dangerous in all the circumstances. These factors are also relevant in determining the appropriate sentence if you plead guilty or found guilty after a trial.

In addition to the foregoing, the legislation also prescribes certain circumstances that, if proved, make the charge more serious and, therefore, the sentence more severe. There are two groups of these “aggravating” features.

Firstly, if it is proved that you were:

While the maximum sentences have been set out above, the courts still have the discretion to impose sentences less than imprisonment, such as probation, community service, fines, etc. The only exceptions are if you are convicted for a second time of dangerous operation of a vehicle whilst intoxicated or if you have at least 2 previous convictions for drink-driving offences, or at least 2 previous offences for dangerous operation of a vehicle (without the aggravation of being intoxicated). In these circumstances, the legislation mandates imprisonment. However, it is still up to the court to decide whether a sentence of imprisonment requires you to serve actual time, or whether the sentence is wholly suspended, etc.

Another possible defence will arise if you prove that the vehicle suffering from a sudden and previously unknown defect which deprived you of control of the vehicle. In this case, you will be seeking to demonstrate that the dangerous driving was caused by the mechanical defect, and thus, was beyond your conscious control. The key phrase to this defence is “sudden and previously unknown”. You will need to demonstrate that your vehicle was properly maintained and that the defect was not known to you in spite of your reasonable prudence. You will also need to demonstrate that the defect occurred before you had a chance to take action. For example, you will not be able to raise this defence if your car’s steering becomes damaged but you decide to try to drive the car home before you lose total control.

Relatedly, you may be able to raise a defence if you prove that you experienced a sudden medical condition which caused you to lose conscious control of your body. For example, if you suddenly fall asleep, you cannot be responsible for what happens after you fall asleep, as you are no longer in conscious control of the vehicle. Like the defence of sudden mechanical failure, you must demonstrate that your medical condition was previously unknown to you and came on before you had a chance to take action. For example, you will not be able to raise this defence if you drove knowing that you were severely fatigued.

Lastly, you may be able to raise the defences of “extraordinary emergency” or acting to save yourself. In short, you must demonstrate that you (or someone else) was in a life-threatening situation that could only be avoided by you operating your vehicle in a way that would otherwise constitute dangerous operation of a vehicle. You must also demonstrate that there was no other reasonable course of action available to you other than to operate your vehicle dangerously. Suffice to say that the circumstances in which these defences arise are exceptionally rare.

The broad, and objective, scope of this offence makes it impossible to outline all the circumstances in which you might find yourself charged with dangerous operation of a vehicle. Further complexity arises because of the various aggravating circumstances that, if present, put you at risk of significantly more harsher punishments.

Lastly, defences to this charge arise in very limited circumstances and must be proved with the proper evidence. Because of this complexity, it is important to get expert legal advice, should you find yourself charged with this offence.

Dangerous driving or more properly known as dangerous operation of a motor vehicle is one of the most serious traffic offences a person can be faced with in Queensland.  Often the charge results from a traffic accident where the driver at fault has driven in a dangerous manner.  Tragically often the tiniest mistake by a driver can lead to a person suffering death or grievous bodily harm and the driver who often has never broken the law before forced to navigate the court system.

The purpose of this article is to give some information to a person faced with a charge of dangerous driving causing death or grievous bodily harm.

Are there different levels of dangerous driving?

In Queensland there are three levels of dangerous driving

Dangerous driving causing grievous bodily harm or death is obviously the most serious of the offences.  The offence is even more serious if at the time the driver was adversely affected by drugs or alcohol.

What is dangerous driving?

The expression "operates a vehicle dangerously" in general does not require any given state of mind on the part of the driver as that driver may believe he or she is driving carefully yet be guilty of operating a vehicle dangerously. "Dangerously" is given its ordinary meaning of something that presents a real risk of injury or damage.  The ordinary meaning of ‘dangerous’ is ‘fraught with or causing danger; involving risk; perilous; hazardous; unsafe’. It describes, when applied to driving, a manner or speed of driving which gives rise to a risk to others, including motorists, cyclists, pedestrians and the driver’s own passengers.

What is grievous bodily harm

(a) the loss of a distinct part or organ of the body;

It is immaterial whether or not medical treatment is or could have been available to the injured person.

What type of accidents can result in a dangerous driving charge?

1.       Failing to see a motorcycle before entering an intersection

2.       Being temporarily distracted causing the car to run off the road into the other lane of traffic

3.       Falling asleep at the wheel resulting in a collision with a power pole and serious injuries to the passenger in the car

4.       Turning too sharply on a dirt road causing the vehicle to roll and cause injury to a passenger in the vehicle

In most cases if no person had been injured the driver may only have faced a careless driving charge.

What court will hear the charge?

Who prosecutes the charges?

The Office of the Director of Public Prosecutions will prosecute the matter but will rely on the Queensland Police Service to investigate the matter and obtain the evidence.

Are there any defences?

Defences to a charge of dangerous driving might include:

1.       The driving was in fact not dangerous, for example the condition of the road or the vehicle caused the accident.

2.       Necessity, for example the driver had to drive as a result of an emergency

3.       The accused was wrongly identified as the driver

A lawyer would be required to properly advise as to what defences might be available.  If you plead not guilty to the charge of dangerous operation of a motor vehicle driving causing death or grievous bodily harm because you have a defence then the matter will go to a trial before a jury.

How long will the charge take to resolve?

It all depends on whether you are pleading guilty or not guilty.  Typically for a guilty plea in the Brisbane Court it might take 6-8 months from the arrest to when it is finalised in the Brisbane District Court.

Will the charge result in a jail sentence?

It all depends on what happened, whether alcohol or drugs were involved and the extent of the injuries to the victim.  In most cases you can expect a prison sentence if you plead guilty or are found guilty after a trial for a charge of dangerous driving causing death or grievous bodily harm.

How long will the licence disqualification be for?

The disqualification period must be at least 6 months but depending on the circumstance of the charge and the traffic history perhaps much longer.  It is not possible to obtain a work licence or hardship licence to allow you to drive during the disqualification.