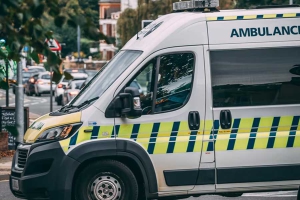 Section 83 of the Transport Operations (Road Use Management) Act 1995, creates the offence of driving without due care and attention or without reasonable consideration of other persons using the road or place. This is commonly referred to as “careless driving”.

In 2018, the Queensland Government amended section 83 to create additional, harsher punishments for careless driving causing death or grievous bodily harm. This amendment was made in response to recommendations made by the State Coroner in the Inquest into the Death of Audrey Ann Dow.

Ms Dow was an 81-year-old woman who died from injuries she suffered after a head-on collision with another car. The other car drifted into Ms Dow’s lane, causing the accident. The driver of the other car had been previously disqualified from driving by the courts and, therefore, should not have been driving at the time of the accident.

The other driver was charged with careless driving. He was fined $4,000 and further disqualified from driving. Shockingly, he was caught driving again just seven weeks after being convicted.

The Coroner found that Queensland’s traffic legislation lacked an “intermediate” offence between careless driving and dangerous driving. The 2018 amendments were designed to address this deficiency.

What is Careless Driving?

To state it briefly, careless driving is any driving that falls below the standard expected of road users. Careless driving can be either deliberate or (as is more often the case) due to momentary inattention or due to distraction. In other words, it does not matter why your driving was substandard, it only matters that it happened. Whether your driving is considered careless depends on all the surrounding circumstances considered objectively. Again, it does not matter whether or not you thought your driving was not careless.

You can also be guilty of this offence even if no accident resulted from your manner of driving. Examples of careless driving include:

Thus, causing avoidable accidents will constitute careless driving, regardless of how the accident occurred. A possible defence to this charge is to prove that the accident was caused by something out of the driver’s control (such as unforeseen mechanical failure, etc).

It is also important to note that the standard expected of competent drivers include being alert to unexpected things occurring (such as other cars speeding, people or animals suddenly walking onto the road, etc). You could be charged with careless driving if you fail to account for the unexpected behaviour of others.

What is Grievous Bodily Harm

The phrase “grievous bodily harm” is defined in Queensland criminal legislation as:

whether or not treatment is or could have been available.

In simple terms, grievous bodily harm is the infliction of permanent, serious injury on a person. The seriousness of the injury or injuries must be assessed at the time of the accident. Grievous bodily harm can include psychiatric injury; that is, a clinical condition (instead of “mere” fear or distress, etc).

As a matter of law, grievous bodily harm is the most serious form of harm you can do to a person, short of causing death.

Firstly, if you are unlicenced, drive carelessly, and cause grievous bodily harm or death to someone else, the maximum penalty is either a fine of 160 penalty units (currently $21,352) or imprisonment for two years. You are also disqualified from driving for six months from the date of conviction.

Secondly, if your licence is valid, drive carelessly, and cause death or grievous bodily harm to someone else, the maximum penalty is either a fine of 80 penalty units (currently $10,676) or imprisonment for 1 year. You are also disqualified from driving for six months from the date of conviction.

Thirdly, if your licence is valid, drive carelessly, but do not cause death or grievous bodily harm to anyone else, the maximum penalty is either a fine of 40 penalty units (currently $5,338) or imprisonment for 1 year. There is no mandatory disqualification from driving. However, the court has a general discretion to disqualify you from driving if you commit any offence which involves the use of a motor vehicle.

Careless driving offences are dealt with in the Magistrates Court.

Given that these offences are so new, there is not (as at the date of writing) a body of comparative case law that guides the courts as to what punishments to impose on offenders in the particular circumstances of their case. Thus, it is currently difficult to predict with any degree of certainty how the courts are likely to deal with your matter.

As a general guide, however, we expect that, if the following circumstances are present in your case, then the court will consider it a serious instance of careless driving:

In these situations, we would expect that the court will impose hasher penalties than if all or any of those factors were not present. Of course, the court must also consider the general factors that are considered in any sentencing, such as your personal circumstances, traffic history (or lack of), co-operation with authorities, etc.

Careless driving is a serious traffic offence. The penalties for this offence can include imprisonment and loss of licence. The increased severity of these punishments reflects the changing attitudes that Queenslanders (and the Queensland Government) have towards traffic offences, especially traffic offences which cause death or grievous bodily harm to others.

Should you find yourself being charged with this offence, it is important to get legal advice and legal representation as soon as possible. You do not want to face the prospect of a possible prison sentence without legal assistance.

What is the difference between careless driving and dangerous driving?

Careless driving is the less serious of the two charges as it is traffic charge, not a criminal charge, although it can still be punishable with a jail sentence. Depending on circumstances it is possible to obtain a result of no disqualification being put on your licence, although it does carry a mandatory loss of 3 demerit points if you plead guilty or are deemed to be guilty. Should you be on a good driving behaviour period and the 3 point loss will breach it you may be eligible for a special hardship licence – for more information see our website - http://drivinglaw.com.au/hardship-licences.html

Careless driving charges can come about from an incident as minor as skidding in the wet and your car hitting a gutter or a tree or having a collision due to being distracted by the radio or attending to an item they may have dropped.  Careless driving can also include accidents with pedestrians or other road users resulting in injuries to those people.  Drivers charged with this are believed to have been not paying enough attention to the road, not actually driving what is deemed to be 'dangerous'.

Dangerous driving is the higher of the two charges and is in fact one of the few traffic related charge which is a criminal charge.

(a)   the nature, condition and use of the place; and

(b)   the nature and condition of the vehicle; and

(c)    the number of persons, vehicles or other objects that are, or might reasonably be expected to be, in the place; and

(d)   the concentration of alcohol in the drivers blood; and

(e)   the presence of any other substance in the drivers body.

It is always a good idea to seek legal advice if you are charged with either careless driving but especially so for a dangerous driving charge.

Depending on the circumstances of a dangerous driving charge, witnesses, damage etc it can be possible to case conference/ put submissions to the Police Prosecutions to have the charge lowered to careless driving if there are reasonable grounds. This is assessed by obtaining the police court brief.

Here at Clarity Law we represent driving charges in Courts across South East Queensland every day, it is this experience, and our expertise that allows us to get the absolute best result for clients.  Other law firms simply don’t have the experience that we do and don’t know the process and the Magistrates like we do.  We also offer the most competitive prices in Queensland that are all fixed fee so there are no nasty surprises when you receive your invoice.  If you want to engage us or just need further information or advice then call 1300 952 255 7am – 7pm seven days a week

The information provided is for informational use only, and are in no way intended to constitute legal advice or to create a lawyer-client relationship, and you should not act or rely upon any information appearing in this article without seeking the advice of a lawyer. Moreover, because the law is constantly changing, the information appearing in this article are not guaranteed to be correct, complete, or up-to-date.  Steven and Clarity law only undertake matters in Queensland.